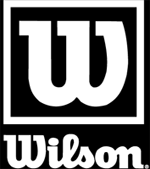 An enjoyable and competitive day for all involved lasting from 10 in the morning to 8 in the evening (a few hours later than planned), a total of 69 matches were played throughout the day, all best of 3 games. These matches took place over four events mens singles with 11 entries, ladies doubles with 6 pairings, mens doubles with 13 pairings and an impressive 16 mixed pairings competing for the mixed title.

A special mention goes to Craig Harvey from Westhoughton who played 2 semi finals and two finals consecutively on his way to win the mixed competition with Alison Muddiman and take the runners up place in the Mens doubles with Dave Urmston.

Many thanks to Wilson for sponsoring the events and providing the shuttles throughout the competition, also thanks to Markland Hill for providing the venue for the tournament (and not kicking us out as we over ran), thanks to all those who helped with the handicapping which resulted in many closely contested matches. Finally a huge thank you, to all the competitors from local clubs who made the day a success by simply entering the tournament.